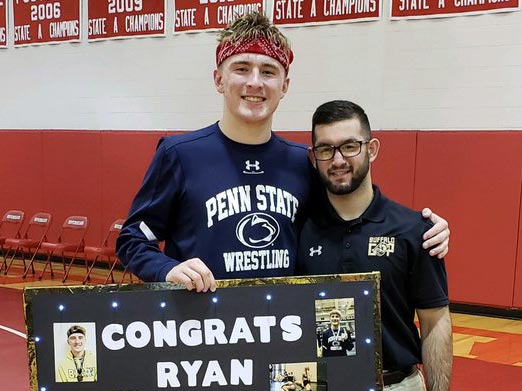 Congratulations to former Total Defense student Ryan Benitez on his 100th career win in high school wrestling. Ryan grapples in the 195-pound weight class for Buffalo Gap High School. He won his match at the Riverheads quad on Wednesday.

When he earned his blue belt here at TDMA, Ryan was known affectionately as “D’arce Vader,” for his effective application of the D’arce choke.

Before taking up wrestling, Benitez trained in jiu-jitsu for five years, which, he said, gave him a lot of help in terms of defensive moves on the mat.

Also check out our Facebook group, where we communicate with our members.